You are an intern working in a busy level 1 trauma center in Philadelphia when medics brings in a 67 year old female whose daughter called 911 after she found her mom at home “not acting right.” Her daughter is at bedside and reports that when she got to her mother’s house about an hour ago, her mother was extremely drowsy and stated that she “just wanted to nap” which was very unlike her. In addition,  she could not stand back up without feeling as if she would pass out. Upon arrival, your patient is alert and oriented to self but not to place or time. Her vitals are: HR 45, BP 82/65, RR 14, SpO2 98% on room air, Temp 37C.  An electrocardiogram (ECG) shows sinus bradycardia without any QRS widening or QT prolongation.

Her physical exam is significant for bilateral lower lung lobe crackles and is otherwise unremarkable. She is able to tell you that she has a history of hypertension, hyperlipidemia, and gastro-esophageal reflux disease (GERD) and was just started on a new blood pressure medication by her doctor yesterday.  She cannot remember the name of it. Luckily, her daughter brought all of her prescriptions with her and you discover that she takes metoprolol, diltiazem,  atorvastatin, and famotidine. She is able to tell you that the diltiazem 100mg twice daily is a new medication. You notice that the prescription was just filled this morning but that there are 4 pills missing instead of the 1 that you would expect.

Calcium channel blockers (CCBs) were first introduced commercially in the United States in the 1970s. They are used for multiple medical conditions including stable angina, hypertension, migraines, subarachnoid hemorrhage and dysrhythmias. They are available as immediate release or extended release formulations and their potential for toxicity is often underappreciated. According to 2007 Poison Control Center data, 10,084 exposures with 435 cases of major toxicity and 17 deaths were reported  in the United States (4). Although 16% of all cardiovascular drug exposures are due to CCBs, they account for 38% of the deaths within that group.

All CCBs exert their effects via antagonistic actions on the L-type calcium channel. Each group of CCBs binds to a different alpha submit on the channel and thus have different affinities for the calcium channel. The nondihydropyridines, diltiazem and verapamil, promote their inhibitory effects directly on the sinoatrial and atrioventricular nodes, whereas the dihydropyridines such as nifedipine, amlodipine, and nicardipine have little myocardial inhibitory effect and are more potent vasodilators. For this reason, verapamil and diltiazem are most often used  to decrease the myocardial oxygen demand and to abolish supraventricular tachycardias whereas the dihydropyridines are more often used to treat diseases with increased peripheral vascular tone such as hypertension, Raynauds, prinzmetal angina, and post-subarachnoid hemorrhage vasospasm.

To understand how CCBs work, let’s review what happens on a cellular level. Calcium enters the cardiac myocyte through L-type calcium channels following its concentration gradient. As it enters the cell, calcium activates channels on the sarcoplasmic reticulum which releases calcium stores into the cytoplasm of the myocyte. The calcium within the cytoplasm then binds to troponin C and causes a conformational change that allows actin and myosin to bind, leading to contraction of the myocyte (Figure 1).  The alpha1c subunit is the pore forming part of the calcium channel and is the portion where all CCBs bind to inhibit calcium entry into the myocyte. Inhibition of these channels by CCBs results in decreased force of contraction as the myocardium is dependent on calcium to function normally. 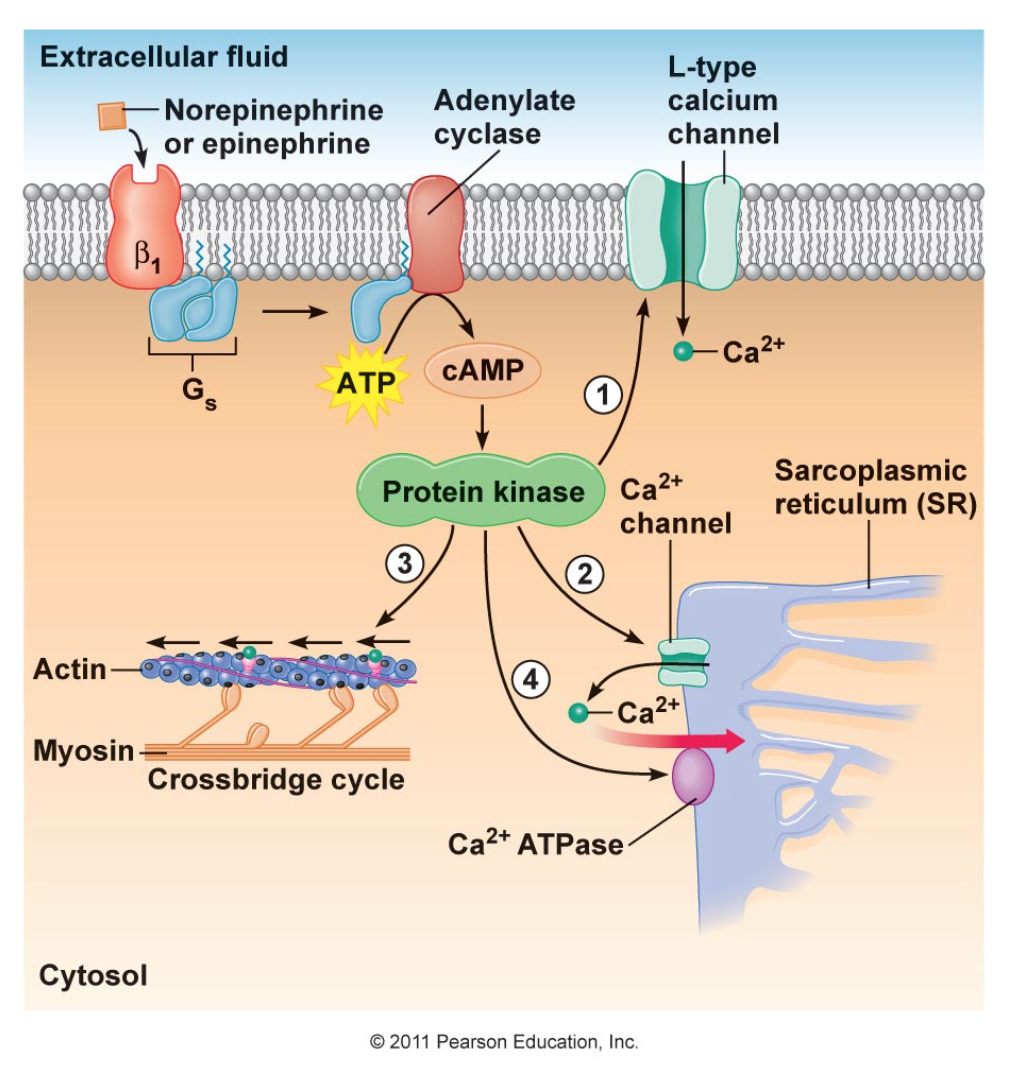 When you ask the patient why there are 4 of the diltiazem pills missing from the bottle as she only picked up the prescription this morning, she states that she misunderstood her doctor and thought she had to take the doses that she missed yesterday because she did not have the medication at that time.  She ingested the pills approximately 2 hours prior to arrival.  There was no suicidal intention.  At this point, you start intravenous fluid resuscitation and decide to consult toxicology to discuss the role of gastrointestinal (GI) decontamination in this case. Her lab work is significant for a blood glucose of 340 mg/dL and a creatinine elevation to 1.2 mg/dL (baseline < 1 mg/dL).  The remainder of the lab work is unremarkable.

The initial examination should include adequate oxygenation and airway protection, with usual resuscitative measures.  Obtaining intravenous access and placing the patient on a cardiac monitor is paramount.  An ECG should be completed immediately on presentation and then assessed every few hours or sooner if a dysrhythmia is noted, especially if they are symptomatic.

When appropriate and no contraindications are met, GI decontamination is critical in these cases to mitigate the potential for significant cardiotoxicity which can be severe and difficult to reverse. Consideration should be given to the following in appropriate circumstances:

Pharmacotherapy should focus on improvement and maintenance of cardiac output and vascular tone.  Evidence-based medicine is somewhat limited; however, the current literature cites a number of therapeutic interventions that can potentially improve the hemodynamics of CCB-poisoned patients.  Consideration of each, listed below, as it pertains to the individual patient should be given based on signs and symptoms.

After speaking with toxicology, you decide to treat your patient with activated charcoal to decrease any continued absorption. You then decide to give 1mg of atropine for a total of two doses which increases your patient’s heart rate from the high 40s to the high 50s. Her blood pressure was unresponsive to the initial fluid bolus so you decide to start her on a norepinephrine drip at 20 mcg/min, give IV calcium gluconate, and start her on an insulin infusion at 1 unit/kg/hour while monitoring her glucose levels.  Her cardiac output improved and there was no further escalation of care required.  She is then admitted to the ICU for further management.

…. A few days later you check in on your patient and see that she was successfully discharged 2 days after admission as her vasopressors and insulin infusion were weaned. She had no further lab abnormalities from end organ ischemia and her creatinine corrected with improvement of her hemodynamic status. She was sent home with strict instructions on how to take her diltiazem!